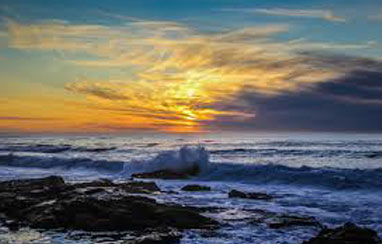 My husband Ed and I left January 4, 2020 for a five-month world cruise which did not go as planned. About six weeks in, the virus reared its ugly head in the Asian waters and our planned travel to Singapore and Hong Kong was eliminated. Off Cape Town, South Africa, we headed for Sri Lanka and India, but those destinations were also canceled. With everyone (passengers & crew) healthy onboard, we spent another two weeks floating around the Indian Ocean and ended up in Perth, Australia where we (passengers) were allowed to disembark on March 18, go into quarantine, and then fly directly to the US with no travel in Australia. We also quarantined for two weeks upon our arrival in Denver and were finally comfortable to return to our house and family on April 4.

The good news for this re-imagined world cruise was that we had the most incredible bridge instructor on board and more days at sea meant more lessons!

Denise Hoffman of Destination Bridge – Land & Sea, and her assistant and husband, Mike, had come prepared to teach for five months as we traveled around the world. Denise had 90 lessons prepared and so the extra sea days fell into her teaching schedule. Beginner lessons began 9:30 am and the intermediate lesson at 10:30 am, ending at noon in time for Trivia (equally important). At 2 pm, we had sanctioned games lasting two hours+ with five to eight tables. This became a great time to practice those skills learned in the lessons. I was very impressed that our ship had the full computerized set up. The computer randomly selected hands which were then sent to a card dealing machine. Human interaction was needed only to put the dealt hands into the boards. Each table had a hand held “tablet” for scores to be entered in real time and we knew by the end of play how we had scored. I particularly liked the print out offered to us at the end of play which showed all the hands/HCP and what the deal could make.

I started playing bridge as a college student during the 1960s. Typical at that time for casual play, I’d look at my hand and decide what to bid. I don’t remember counting points. So while I learned how to play a hand, I never learned opening strategy or conventions. Coming back to the game when I entered my 60s, I learned how much the game had progressed without me.

Had our cruise lasted the full five months, I feel certain that I could have returned home an advanced intermediate player with lots to learn, but one who could hold her own at that level. Now off ship and remaining in self QT, I am still comfortable with what I’ve learned and I have my notes and handouts to review. When home in Highlands Ranch, we generally play with friends once or twice a month. I’d consider playing once a week, but need to see what happens once the lockdown is over and when I feel comfortable socializing. I had hoped that with five months of bridge lessons on board ship that I could return and amaze my friends with what a knowledgeable player I had become. Obviously, that didn’t happen. When it’s possible, I’d like to ease back into playing and may attend an ACBL event and compete at alower level. I enjoy many activities outside the home and I am not committed to making bridge my life’s goal. I’m a social player and enjoy that aspect of the game as well.

Based on my experience, I find that a once a week lesson without follow up play to be frustrating. While I do learn in each weekly class, I am not able to readily convert and remember those new skills. As a senior citizen, I very much like the repetition of daily classes with sanctioned play each afternoon. My retention level is much higher and among other things, it has taught me to think like a bridge player and I can better analyze what I need to do. In addition, we had a class specifically on bridge etiquette and how to act and what to expect at a bridge tournament — very helpful for someone like me who’s never attended one.

My husband and I took the lessons and played together on the cruise, and I feel we are now speaking the same bidding language/code and playing better together. I would not say that a cruise is the best way for everyone to learn bridge. And if you get seasick, that can be a problem. But I am now a huge fan of intensive classes together with playing hands that reinforce what you have learned. I’m sure there are intensive bridge camps that function the same way. And while many complain and blame bad cards for their results, I’ve learned that proper defense is fun and adds another level to the game. Bring it on!

PrevPreviousBridge: The Journey is the Goal
NextDon’t let technology keep you out of the gameNext

District 17 is one of 25 geographically defined Districts of the American Contract Bridge League (ACBL), a membership organization whose mission is to promote, grow and sustain the game of bridge.