Notes from the Jungle

It was my pleasure to serve District 17 (my district) as a district board member and in several other capacities. Now I am trying to serve you and the entire ACBL as National Recorder.

You may have noticed that the nature of our competitions has changed this year!

It has long been thought that there would be some “serious” bridge played online when the kinks were worked out, the main kink being security.

Since contract bridge has existed there have been people who, for various reasons, want to win by any means possible, including cheating. One of the most sophisticated and insidious ways of cheating in live bridge was partnerships signaling each other covertly. Various methods have been used over the years – placement of cigarettes (which used to be de rigueur at bridge games), pencils, coughing, hand from which cards were played, vertical or horizontal placement of card on table when played, movement of the bidding tray under screens, and foot tapping, to name a few.

The surreptitious signaling had to be done in a way that was not only decoded, but not even observed by other players and spectators.
With online bridge, it is as simple as talking across the room to your partner or connecting through a phone call, Skype, or some other electronic communication. In some games (not ACBL) it is possible to self-kibitz using a different computer and user ID.

The vast majority of players would never consider cheating, for altruistic reasons, complexity (it creates different thinking and memory problems), and fear of being caught.

With online bridge in its current state, there is no such inhibition except the former. As a result, we see a significant increase in cheating online. Some of it is from players who cohabit who cannot resist the temptation.

It is no surprise then, that the Officeof National Recorder and BBO are busy investigating more cheating, whether noted via Player Memo, an unusual streak of success, or by proprietary methods of discovery by BBO.

Here are some things to remember while you are playing online. First of all, if you think your opponent is cheating, you may report it privately to the director. You may also (or instead) file a Player Memo. We are developing a new, dedicated Player Memo for online, but you can go to the following and file. 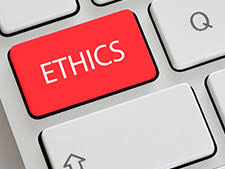 One thing you do NOT want to do is accuse your opponent directly or gossip about it. This is a violation of the Code of Disciplinary Regulations (CDR) and will be harshly dealt with. Truth is not a defense. But we stand ready in the Office of National Recorder to investigate any report we receive. That is what we are here for.

Please forward any questions or comments to recorder@acbl.org, and happy hunting!

District 17 is one of 25 geographically defined Districts of the American Contract Bridge League (ACBL), a membership organization whose mission is to promote, grow and sustain the game of bridge.